In 2007, Mark Peranson who is the chief editor of Cinemascope, a Canadian film magazine was proposed by director Albert Serra to perform “Josef,” a character of his second film, Birdsong (2008), who drew attention and extreme reviews from the critics with his actual debut, Honor of the Knights (2006). October of that year, he has gotten the course of Serra’s special film-making on film for the five days during which he participated in Serra’s work as actor in the Canary Island.
It’s Waiting for Sancho. However it shows the course of making Birdsong in an interesting way different from the conventional making-documentary one as the series of interviews with director and crew, footage shots, and images with shooting spots. It has a simple structure which consists of showing, one by one, the course of the staff and actors’ preparation for shooting, the one of actual shooting, and then scenes finally finished to put into the film actually through that previous courses which are wearisome but interesting, sensitive but subtle and creative. Though, the repetition of these simplicities reveals secrets of the creation behind the minimalistic and beautiful scenes. Following the film filled with long-take, work with unprofessional performers, improvised direction, freedom from delimitation between documentary and fiction, the audience gradually come to understand a way of work resisting the traditional cinematic practices and the originality of Serra’s works on basis of it. As a radical classicist, he has been considered one of the most original film directors in the early twenty-first century along with Pedro Costa, Lucrecia Martel, Bela Tarr, and Lisandro Alonso. This film provides clues to understand his film style in much more intuitive and interesting way than any other review by any other critic. So, this “film about filmmaking” will be considered a special case of critical film which criticizes a film by filming it (again). 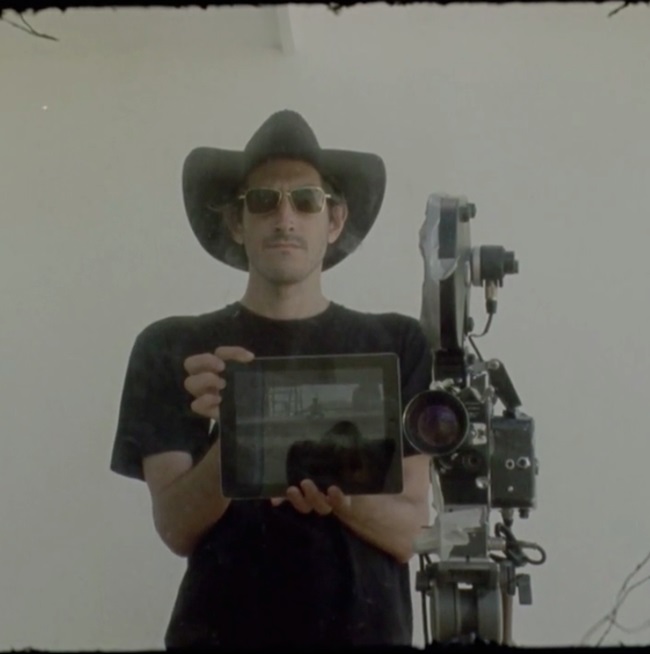 Mark PERANSON
An editor and publisher of Cinema Scope. A head of Programming for the Locarno, and a programming associate for the Vancouver IFF . His first film, Waiting For Sancho(2008) was played worldwide.