Designed to fund short films created by talented young Korean filmmakers and encourage the production of Korean short films, Short! Short! Short! was one of the signature programs of Jeonju International Film Festival, along with Jeonju Digital Project.

Short! Short! Short! was launched in 2007 and continued until 2013. In 2009, the program took a step further and expanded its role beyond production support and began to focus on the ultimate goal of theatrical releases. As a result of great efforts, Show Me the Money, created by 10 independent directors for the 10th anniversary of Jeonju International Film Festival, Fantastic Theater, made by directors Lee Kyu-maan, Han Ji-hye, and Kim Tae-gon, as well as A Time to Love, created by directors Yang Ik-june and Boo Ji-young, were able to reach a wider audience in Korean theaters and received positive reviews.

Short! Short! Short! 2013: Shorts Meet Shorts! began with the encounter of films and literary fiction with the expectation that the films might be able to start a new literary trend. Kim Young-ha, a celebrated Korean writer who is also internationally renowned, wrote a number of novels and short stories that were turned into films. In the past, Kim himself participated in the adaptation of the screenplay for John H. Lee’s A Moment to Remember. The independent film directors who have turned Kim’s works into films for this year’s program are: Lee Sang-woo, Lee Jin-woo, and Park Jin-sung/Park Jin-seok. Lee Sang-woo came into spotlight with low budget films with shocking themes, such as Mother Is a Whore and Father Is a Dog. Lee Jin-woo directed a number of shorts as well as a feature film The Sundays of August. Park Jin-sung was hailed by both critics and the audience for his screenplay for Epitaph. and his first feature-length film Evil Spirit; VIY. In Short! Short! Short! 2013: Shorts Meet Shorts!, Park co-directed a film with his younger brother and filmmaker, Park Jin-seok.

This year’s project is particularly significant, as two of the participating directors have a close connection to literature and film. Lee Jin-woo’s first feature-length debut The Sundays of August is a film inspired by Patrick Modiano’s work of the same name, while Park Jin-sung’s Evil Spirit; VIY is a film based on the Russian literary colossus Nikolai Gogol’s VIY. As a number of films based on novels have become box office hits in the recent years, Short! Short! Short! 2013: Shorts Meet Shorts! attempts to propose new possibilities for Korean indie films by adapting writer Kim Young-ha’s short stories for the screen. Director Lee Sang-woo adapted Emergency Exit for his film Exit; Director Lee Jin-woo, The Lightning Rod for Waltzing on Thunder; and directors Park Jin-sung and PARK Jin-seok, The Last Visitor for The Body.

The directors’ skillful adaptations will also be published in the book form by one of the major Korean publishers, Munhakdongne, alongside Kim Young-ha’s original short stories. Exit is a story about Woo-hyun, a man in his 20s, spending his life going from motel to motel without an exit out of his life. Waltzing on Thunder brings to the screen a bizarrely disturbing tale of romance about people who became attracted to the experience of getting struck by lightnings. The directors of The Body have taken the most liberty with the original short story and added their own unique fantastical imagination, but the film still manages to bring the unsettling atmosphere of the short story to the screen. 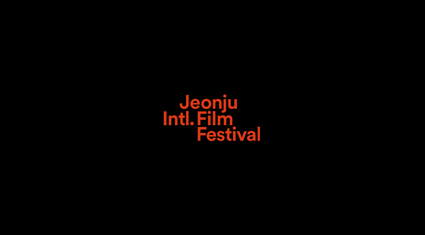